The UARTs interface available on the Evaluation Kit are mapped to the following connectors: 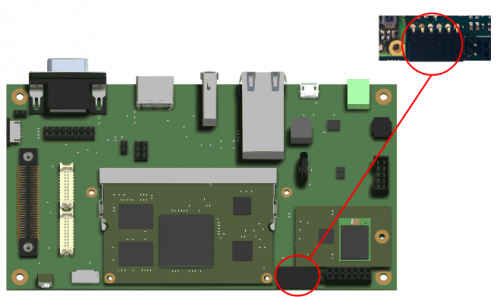 The J19 and J20 jumpers are used to configure the UART mode, as reported below: