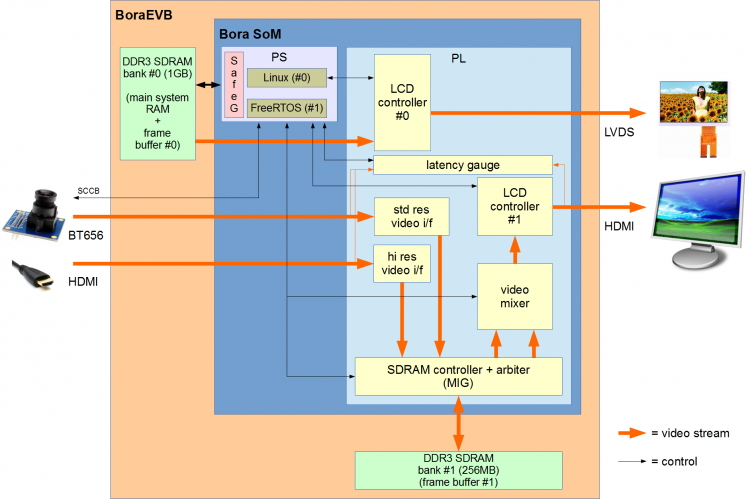 During the development of this project, a single-bank version of the system has been tested as well. In this case all the masters that need to access the SDRAM make use of bank #0 and no SDRAM controller is instantiated in PL. Thus all master compete for the unique SDRAM bank. In this case it is pretty ease to create a testbed that saturates the actual available bandwidth. This may lead to clear anomalies such as flickering on display and an abnormal increase of the video latency. Although this configuration can not guarantee to meet requirement SR2, it can nevertheless be tailored to overcome these performance issues. The QOS-301 module integrated in Zynq comes to help, as described in [1]. By configuring proper priorities at Memory Interconnect level, it has been verified that, even in case of near-to-bandwidth-saturation condition, video anomalies disappear.