Visual Studio Code (VSCode for short) is a powerful integrated development environment (IDE). In the last years, it has gotten growing popularity among software developers of any kind, thanks to its excellent flexibility. Numerous extensions, native git support, availability for all of the most common platforms are some of the features that have made it so successful.

Even though it was not designed for embedded software development specifically, it is so versatile that it can be used for this purpose as well. This application note shows, for instance, how to configure it in order to remotely debug an application running on the Bora/BoraX platform. As host machine, the Virtual Machine released along with the BELK/BXELK kit was used.

It assumed that the reader is familiar with BELK/BXELK kit and with VSCode.

The example here described allows compiling and debugging the application for the host machine too. For this reason, the procedure indicates to install the native gdb debugger as well.

In essence, the followings are the packages that have to be installed: 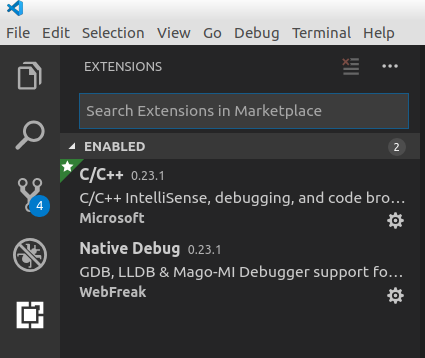 The target has to be configured to mount the root file system over NFS. Please refer to link for more details.

Please note that you need to change the permissions of the directory /bora/rfs/belk-4.0.0/home/root/hello in order to allow the user dvdk to access it without any restrictions:

After completing this step, you should see these files:

Files of the example project

The example project is the umpteenth flavor of the world-famous "Hello, world!" program. Source code is available [ here] for download.

The example makes use of a simple Makefile for cross-building. This Makefile can be used either to build the application manually or to build it automatically as part of a VSCode-controlled debugging session.

The following image shows the files that the VSCode workspace consists of. 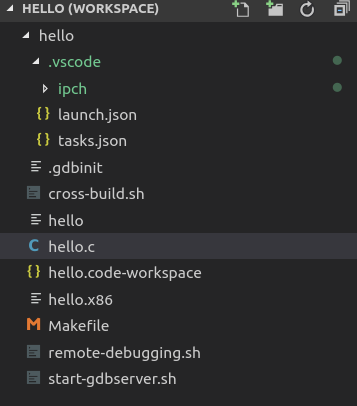 The most relevant are:

In practice, once the target is up and running and the example project was copied onto the host machine as stated previously, follow these steps to start a cross-debugging session. 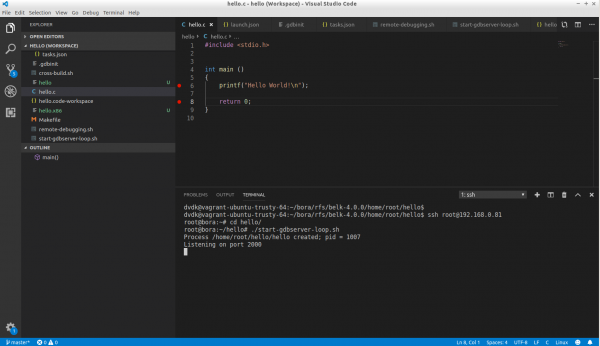 Starting the gdbserver on the target machine 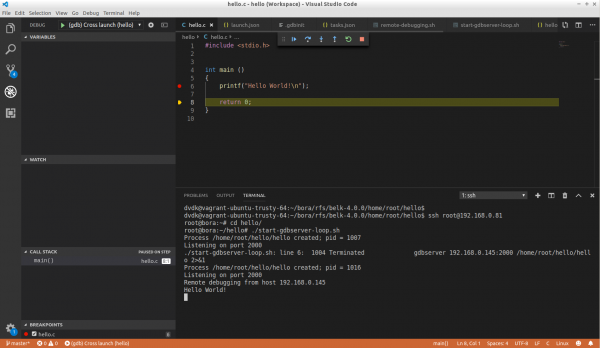 For the sake of completeness, the native debugging session is illustrated as well.